The crush tube is an integral component of the suspension bush system and is necessary for free pivoting. The crush tubes are made to precision tolerances to ensure that the precise fits are maintained.

Wherever an outer shell or sleeve is used in the SuperPro product range you can be assured that it is also made within precise tolerance ranges.

Bullet grooves are incorporated in the design of SuperPro bushes to allow for variances in control arm or spring eyes.

The voiding and bullet grooves also allow for the transgression of displaced polyurethane into the volume of the grooves as load is applied during normal vehicle operation. Even though polyurethane is in a solid form when it is manufactured into bushes, its unique properties enable it flow in a manner similar to a liquid when loaded. The action of the bush flowing into its voids prevents the generation of harshness and NVH within the bush and its mount.

The tangential grease grooves in the heads of shackle bushes have reduced the friction between the head of the bush and the shackle plates. The grooves store grease, which is smeared around the mating surfaces when the spring shackles rotate forming a lubrication boundary layer. This has the effect of minimising head friction and reducing noise. 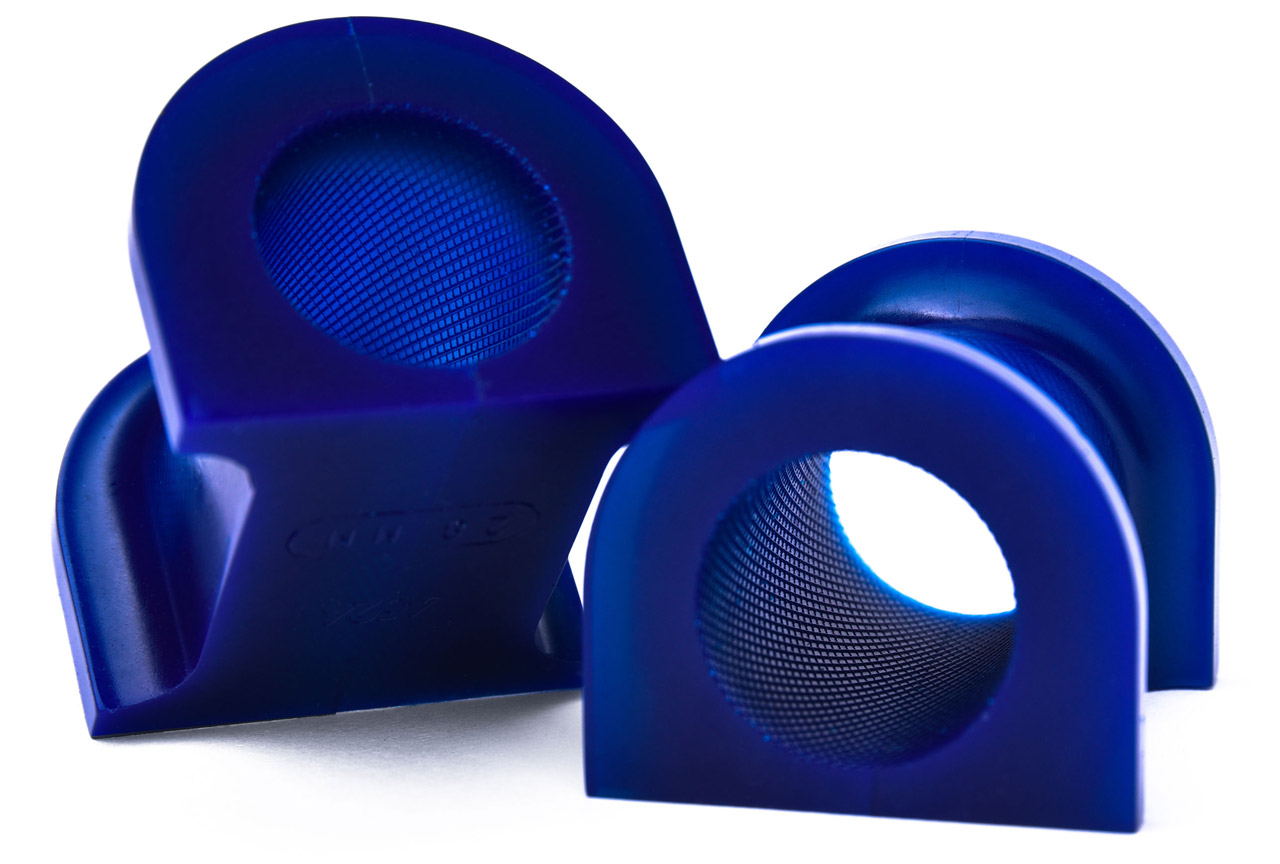 Knurling is used on control arm bushes to enable unrestricted pivoting of the polyurethane bush around the crush tube. The knurling has two inherent design advantages. The knurling reduces the surface area of polyurethane in contact with the crush tube. This reduction in surface area results in less frictional forces being developed. The SuperPro knurl bore keeps the lubricating grease intact for the life of the bushing, and eliminates the necessity for periodic re-greasing.

Body roll is an important characteristic of vehicle handling and understanding its impact on the car as a whole is fundamental to developing suspension total solutions. There are a number of ways to tame body roll, such as anti-roll/stabiliser bars, but it can also be controlled by making intelligent alterations to component geometry. 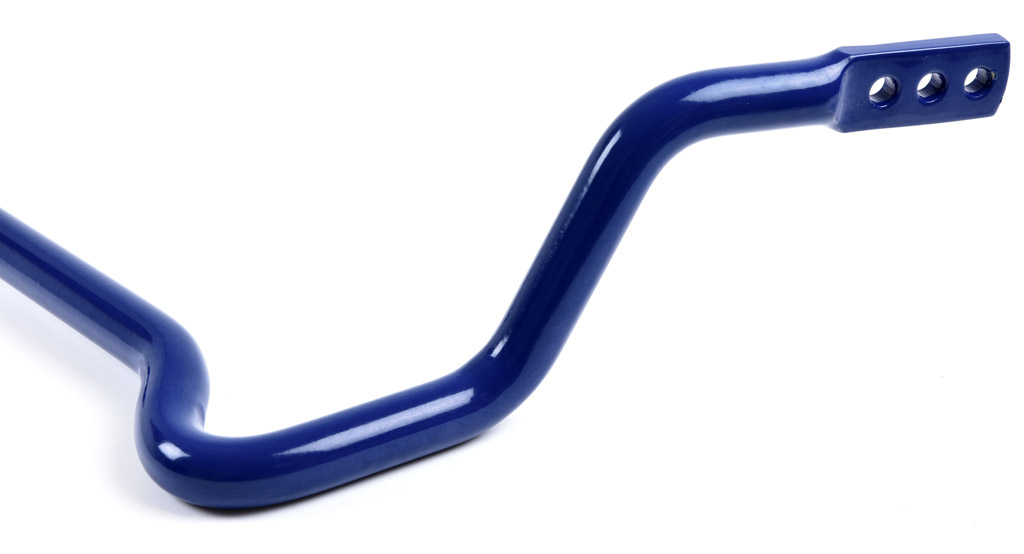 Vertical pivot bushes are now very commonly used by OEM engineers to precisely locate control arm pivot points to the chassis. This solution provides great benefits in location precision but has its own inherent weaknesses that can lead to premature failure.

SuperPro has developed a unique metal and polyurethane hybrid design for this demanding application. Combining the core strengths of SuperPro’s engineered polyurethane coupled with a specialised metal ball joint, the DuroBall design delivers all the benefits of a vertical pivot solution with greater durability and service life.

Close
Don't Miss Out
Never miss out on our latest products and biggest deals. Sign up to our free newsletter today!
Sign Up Now